Find the EGU on

The EGU General Assembly 2013 will take place in the Austria Center Vienna (ACV), which is located next to the station "Kaisermühlen/Vienna Int. Centre" of the subway U1 (Metro Plan, PDF) running from the city centre (Stephansplatz) to Leopoldau.

The Congress Centre is also well reachable via the Airport Bus (Timetable, PDF) running to the station "Wien Kaisermühlen/VIC" close to the ACV.

Travel to the Venue

Vienna International Airport at Schwechat, 19 kilometers from the city center, is state-of-the-art in every respect, featuring many restaurants and fine boutiques. The airport is served directly by all major European airlines.

Save up to 20% on travel with the Star Alliance™ Network

The Star Alliance™ members airlines are pleased to be appointed as the Official Airline Network for the EGU General Assembly 2013.

To obtain the Star Alliance™ Conventions Plus discounts and for booking office information please visit http://www.staralliance.com/conventionsplus and:

Registered participants plus one accompanying person travelling to the event can qualify for a discount of up to 20%, depending on fare and class of travel booked.

Discounts are offered on most published business and economy class fares, excluding website/internet fares, senior and youth fares, group fares and Round the World fares.

For travel from Japan and New Zealand special fares or discounts are offered by the participating airlines on their own network.

When making your travel plans please present confirmation of your registration or proof of attendance. 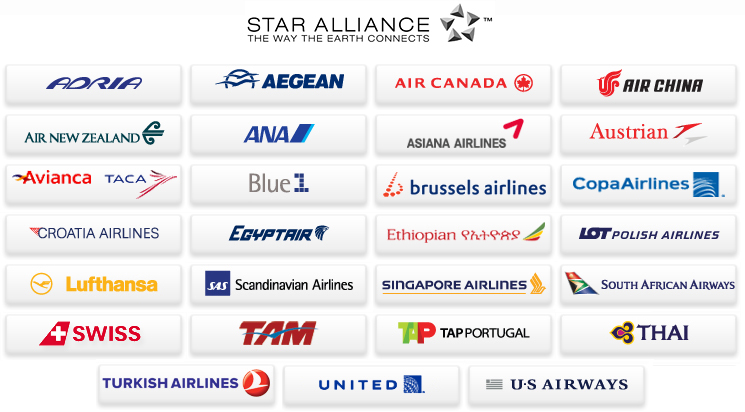 Vienna occupies a hub position in Europe's international rail network. Intercity and international express trains connect the capital with all parts of Austria and with all major cities in Europe. Please visit the home page of the Austrian National Railways  for connections and special rates.

Austria's expressway network extends right into Vienna, making it convenient and safe to reach the city by car or motorcoach from anywhere on the European continent.

From the west to the Austria Center Vienna (ACV): Arriving from the west on the A1 motorway, take the Wien Auhof exit and follow the exit road without turning off. Proceed to Schönbrunnerstrasse passing Wientalstrasse (81), Hietzinger Kai, Schönbrunner Schlossstrasse and Schönbrunn Palace.

Continue along Schönbrunnerstrasse until you reach Magaretengürtel. Turn left and follow the signs to Praha (Prague). Stay on the Gürtel (ring road) until just before you reach Heiligenstädterstrasse at which point you turn left in the direction of Praha into Adalbert-Stifter-Strasse.

Continue along Adalbert-Stifter-Strasse crossing Floridsdorfer Brücke (Floridsdorf Bridge) and join the A22 motorway in the direction of Graz/Linz/Budapest. Leave the A22 at the Kagran/Vienna International Center/Donau City exit and follow the signs for Austria Center Vienna.

From the east (airport) to the ACV: Arriving from the east on the A4 motorway change on to the A23 direction Praha/Brno/Vienna International Center/Kaisermühlen at the Erdberg intersection.
Leave the A22 at the Reichsbrücke exit and follow the signs for Austria Center Vienna.

From northwest to the ACV: Arriving in Vienna via the A22 motorway follow the road in the direction of Graz/Linz/Budapest. Leave the A22 at the Kagran/Vienna International Center/Donau City exit and follow the signs for Austria Center Vienna.

Vienna, the old imperial residence city now a modern art center, remains a city for connoisseurs - where you can enjoy endless waltzes, the exciting contrasts between imperial and modern architecture, a relaxed shopping trip or simply the life of coffee houses and Heurigen, trendy bars and sausage vendors and discos.

There is no other city where so many famous composers have lived; the variety of music is manifold in Vienna. You can visit the "House of Music" and the memorial houses of Haydn, Mozart, Beethoven, Schubert, Johann Strauss and Arnold Schönberg.

Vienna was an imperial residence for several centuries and it has a great historical tradition. Follow in the tracks of the former Habsburg monarchy, visit the magnificent baroque castles "Schönbrunn" and "Belvedere" or visit the Hofburg, the Habsburg palace. You can also experience the spirit and the grand imperial style by visiting the Stephansdom, Spanish Court Riding School. Alternatively, you could try the Big Wheel at the Prater.

The old town of Vienna belongs to the UNESCO world cultural heritage.

The Vienna Hotel and Cityguide offers a free Audio Tour for our participants.
Use "EGU2013" to download your Vienna Walking Tour.